The CYMCAP software is dedicated to the calculation of ampacity and temperature rise calculations for power cable installations. The accuracy of the software provides increased confidence when upgrading power cable installations and designing new ones; maximizing the benefits from the considerable capital investment associated with them. It also helps increase system reliability and supports the proper utilization of the installed equipment.

The CYMCAP software is dedicated to performing ampacity and temperature rise calculations for power cable installations. Determining the maximum current power cables can sustain without deterioration of any of their electrical properties is important for the design of electrical installations.

It addresses steady-state and transient thermal cable rating as per the analytical techniques described by Neher-McGrath and the International Standards IEC 287© and IEC 853©.

This software was developed jointly by Ontario Hydro (Hydro One), McMaster University and CYME International, under the auspices of the Canadian Electricity Association.

The validation of the results obtained with the CYMCAP software provides increased confidence when upgrading existing power cable installations and designing new ones, thus maximizing the benefits from the considerable capital investment associated with them.

-Iterative techniques based on Neher-McGrath and IEC-60287© methods.

-Detailed graphical representation of virtually any type of power cable. This facility can be used to modify existing cables   data and enrich the cable library with new ones. This includes single-core, three-core, belted, pipe-type, submarine,   sheathed, and armored cables.

-Pipe-type cables directly buried or in a thermal backfill.

-Different cable types within one installation.

-Multiple cables per phase with accurate modeling of the   sheath mutual inductances which greatly influence circulating   current  losses and thus de-rates the ampacity of cables.

The program supports a Transient Thermal Analysis Option which includes the following:

- Ampacity given time and temperature

- Temperature analysis given time and ampacity

- Time to reach a given temperature, given the ampacity

- Ampacity and temperature analysis as a function of time

- Circuits can be loaded simultaneously or one at a time

The CYMCAP Additional Modules allow performing several analyses of interest for cables installations like evaluating the magnetic flux density at any point on or above the ground of an underground cable installation, determining the positive and zero sequence impedances and admittances for all the cables present in an installation, performing short-circuit cable ratings, determining the optimal placement of several circuits within a ductbank given specified constraints and calculating the ampacity of two circuits crossing each other. 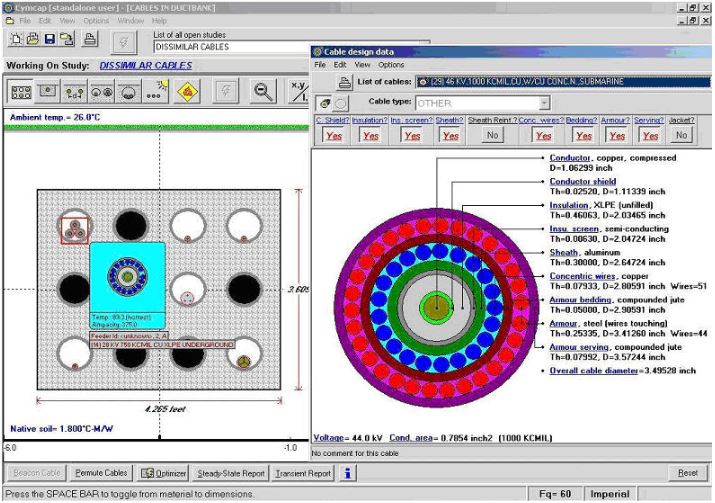 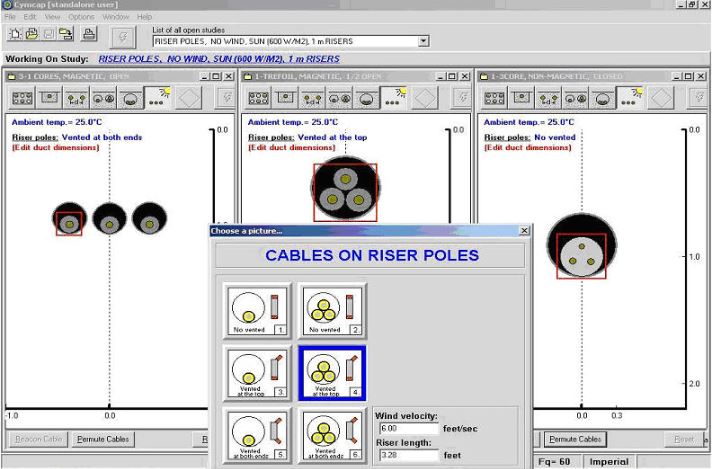 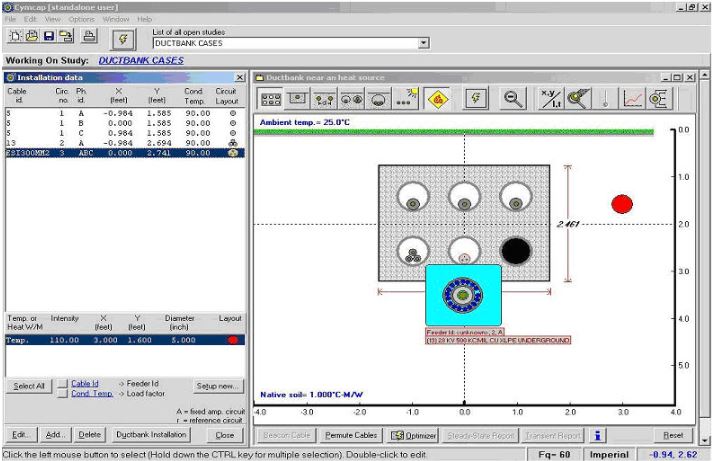 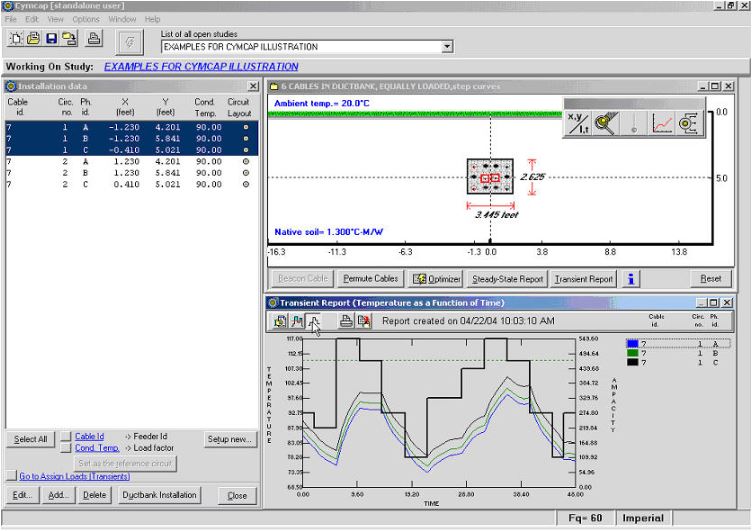 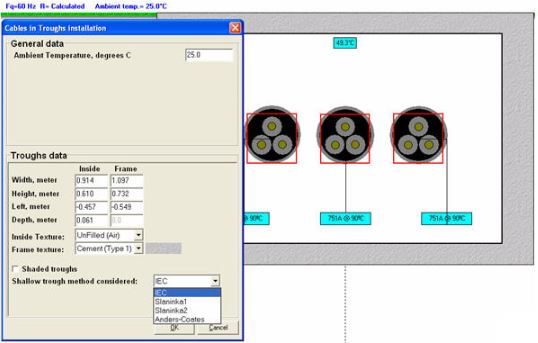 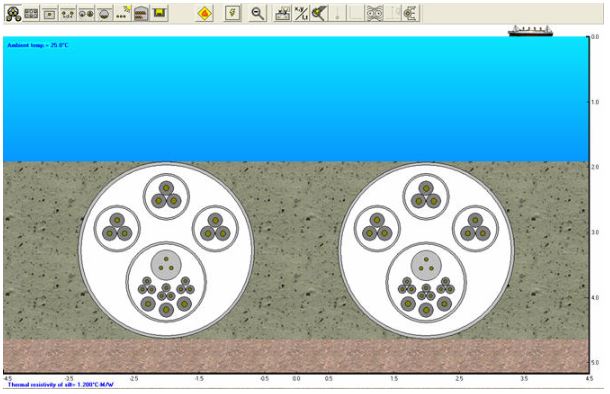